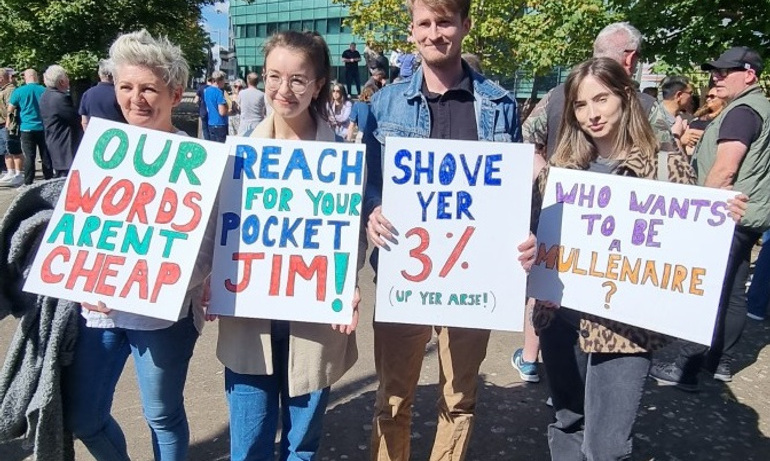 More than 1,000 NUJ members, who work for Reach Plc, publishers of the Mirror, Express and dozens of regional newspapers and websites across the UK and Ireland, are currently being a balloted on a new pay offer.

This follows the rejection of the company’s 3% pay offer and the resulting one-day national strike. Members walked out joining dozens of picket lines after 79 per cent voted in favour of strike action on 70% turn out of the union’s 1,069 members. With inflation in double digits the offer was seen as inadequate.

A further three-day strike has now been postponed pending the outcome of the ballot which closes on 23 September.

If rejected and further strikes take place then all NUJ freelance members are asked not to offer material or accept new work from Reach on the strike days. Those with a freelance contract should check its terms before deciding how to act. The NUJ’s freelance office can give you advice. A special hardship fund has been launched for striking Reach members.